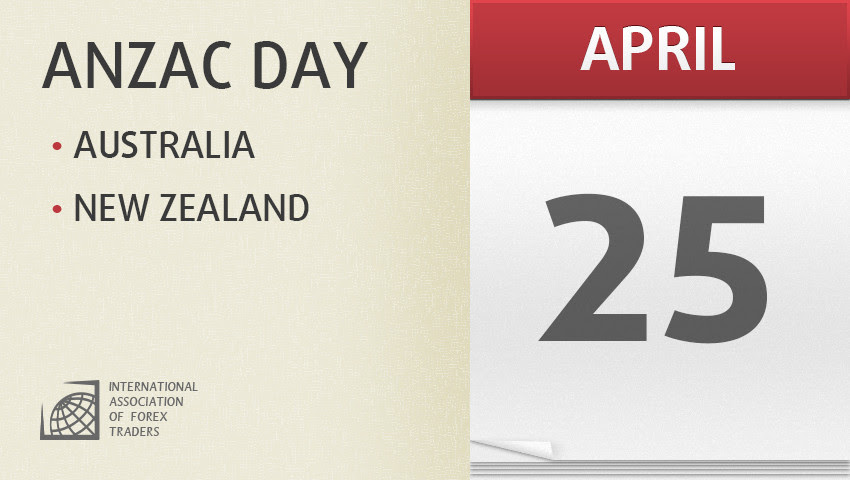 Anzac Day is a national day of remembrance in Australia and New Zealand that broadly commemorates all Australians and New Zealanders "who served and died in all wars, conflicts, and peacekeeping operations" and "the contribution and suffering of all those who have served."

Forex Holiday Calendar includes information regarding on-coming national holidays in various countries. You can find here a stock exchange where trading will not carry out. Be familiar with on-coming holidays on the Association website.
Posted by Unknown at 10:11