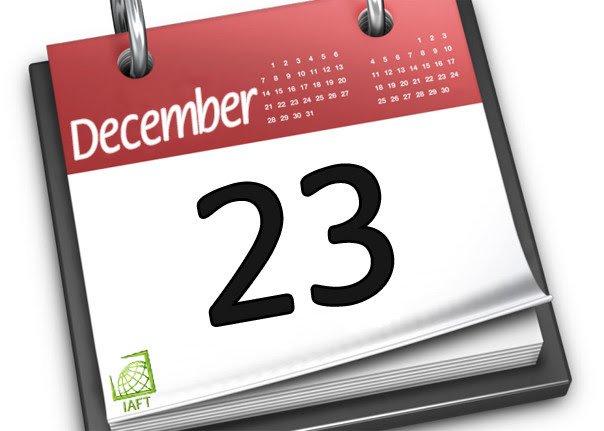 The Emperor's Birthday is a national holiday in the Japanese calendar. It is celebrated on 23 December.

The date is determined by the reigning Emperor's birthdate. Emperor Akihito was born on this date in 1933.

Under the law, the Diet of Japan must convene and change the holiday date before the reigning emperor's birthday becomes a public holiday.

Thus, there exists a small chance that the former emperor's birthday may come before the change can be made. On 23 December, a public ceremony takes place at the Imperial Palace, where the gates of the palace are opened to public traffic. (The Imperial Palace is usually off limits to the public.) The Emperor, accompanied by Empress Michiko and several other members of the Imperial family, appears on a palace balcony to acknowledge the birthday congratulations of crowds of festive well-wishers waving tiny Japanese flags. Only on this occasion and on 2 January may the general public enter the inner grounds of the Imperial Palace.

When the Emperor ceases his greeting (however brief), the crowd starts waving the flags again and the Imperial Family wave back.

Forex Holiday Calendar includes information regarding on-coming national holidays in various countries. You can find here a stock exchange where trading will not carry out. Be familiar with on-coming holidays on the Association website.
Posted by Unknown at 12:30